It’s been too long, but I’ve been busy in the PacNW, Oregon to be specific.  Almost too gorgeous to read, but not quite.  As you’ll note from the Eugene lamp post sign, there’s always time to read a great book. 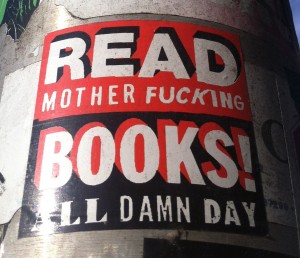 Back to a few of the books I mentioned on my summer reading list.  Ice Cold, an anthology of short story mysteries set in the cold war context, was excellent.  Compiled by the Mystery Writers of America, Ice Cold offered a precision mix of intrigue, whodunit, and unanswered mystery.  My favorites were Comrade 35 by Jeffery Deaver, Checkpoint Charlie by Alan Cook, and Miss Bianca by Sara Paretsky.  Perfect, perfect summer read — easy to finish a short story at the beach, on a plane, in a hotel room, or on the porch.

I also read one of the Aunt Dimity books by Nancy Atherton, Aunty Dimity & the Lost Prince.  I won’t be reading any more of this series, just not my ‘cup of tea’ as it were, but I’ve seen so many people carrying these books around this summer that I hate to discourage readers.  So, I’ll explain why it wasn’t my speed and maybe you’ll discover it is yours.  First, it invokes what seems to me a rather contrived way of communicating with the deceased Aunt Dimity through a secret journal.  Maybe this works for a fourth grader, or an eighty year-old, but not so much for this reader.  Second, it is super cozy, right down to the required English cottage, crackling fire and requisite cup of tea.  That works for so many people and I almost do wish it worked for me.  But . . . it doesn’t.  I like my mysteries a little edgier, darker and far more messy.  Third, there really was no big mystery or payoff.  Again, some people don’t really like a gruesome murder (or even a proper, ‘off screen’ murder), but I kind of do.  Or, at least, some twist, crime or intrigue.  In Aunt Dimity, everything turned out to be a topsy turvy sort of misunderstanding, complete with a happy-ending reunion of lost loves.  Hmmmm . . . nope. 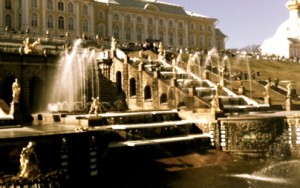 I also enjoyed reacquainting myself with Simon Sebag Montefiore, the brilliant author of biographies on Joseph Stalin – Court of the Red Tsar and Young Stalin.  In two novels focused on Stalinist Russia, Montefiore captures the crippling fear, courage and absurdity of this era.  One Night in Winter (based on a true incident known as the “Childrens’ Case”) focuses on a group of high school students — children of the Party elite — who study Pushkin, mistakenly carry out a deadly duel, and face interrogation and torture based on a little red book.  Admittedly, self-selection plays a huge role in what draws me to Montefiore, but he weaves historical characters and events into a fictionalized account (told from several points of view) and it was hard to put down.  In Sashenka, Montefiore revisits some of the same characters, but focuses on the impact of Stalin’s Great Terror more from the adult point of view.  He reveals how painstakingly easy it was to fall from grace, to go from Stalin’s confidante to a cell in the Lubianka and unravels several secrets and mysteries along the way.  Highly, highly recommend both books!

I also finished Tranquility Denied by A.C. Frieden.  Great, fast-paced thriller that I will be reviewing soon.  The action takes us from New Orleans, to D.C., to a remote Swedish island, to Moscow.  Other recent reads – Summer House with Swimming Pool by Herman Koch, Jar City by Arnaldur Indridason and Murder as a Fine Art by David Morrell.  Highly recommend Murder as a Fine Art!  A good friend recommended the book because David Morrell was her absolutely favorite professor at the University of Iowa.  Mr. Morrell does a great job of weaving a true series of Victorian London crimes (the Ratcliffe Highway Murders) into a fictionalized mystery.  I also really enjoyed his technique of narration through Miss DeQuincey’s journal entries.  As an erstwhile writer, I know how clumsy this can sometimes be, but he found precisely the right opportunities to include these entries, and her narration enhanced the story.  Excellent. 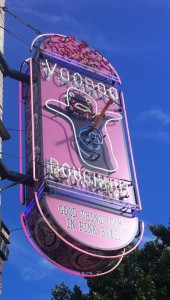 I enjoyed The Dinner by Herman Koch, and likewise with Summer House, but with a few caveats.  Much like the narrator in The Dinner,  I didn’t particularly care for the narrator here either.  Koch so effectively captures the angst of the weak, self-absorbed male, though, that I still find his prose compelling.  The mystery at the heart of the book is satisfyingly revealed and I found myself unable to put the book down, even though I didn’t really like any of the characters.  That says something for Mr. Koch.  Finally, Jar City.  This Inspector Erlendur series may be best read in the summer, when you are warm and (possibly) happy because the crushing bleakness of Finland starts to creep into your soul.  Erlendur is somewhat pathetic, somewhat aggravating, and a satisfying protagonist.  He fills my need for messy, complex characters and plot lines, and I will definitely be reading more in this series, although I highly doubt he will take over for Inspector Rebus as my current, favorite fictional detective.

Happy reading and enjoy the summer!