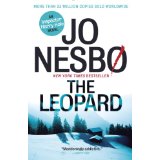 So I devoured Jo Nesbo’s Harry Hole (pronounced, at least in my mind, HALL-eh because, well, that sounds more Scandinavian than “hole”) books.  Hole fits the mold of flawed detective, battling his own demons (mostly alcohol) and tracking down gritty-crime — serial killers among them — in Oslo, Norway and beyond.  Hole has an on-again, off-again relationship with Rakel whose son, Oleg, considers Harry a father figure.

Nesbo does a  great job of weaving the same characters into the books, but tracks their progress — often in contrast to Harry’s which sometimes seems a little non-existent by comparison.  For example, Rakel moves on to other relationship(s) while Harry seemingly continues to battle the same demons over and over again.

I should love these books, and part of me does.  But with Phantom, Nesbo lost me.  The book exposes the darkest parts of Oslo’s drug scene, the hopelessness of teenaged addicts, and Harry’s shortcomings as a mentor and father.  Life is messy – I get it.  But when major characters are killed off or go completely off the grid, I get a little edgy.  Like Downton Abbey – you kill off Sybil and Matthew and you are dead to me.  I mean really.  I no longer care what Mary, Edith and the Dowager Countess are up to.  Well, I sort of care, because otherwise I wouldn’t rant endlessly about it.  But, I think what really draws me to many mysteries, including these, are the cast of characters — the regulars.  The familiarity of whose going to be involved, who is going to solve the mystery, who is going to help solve the mystery, who is going to be the foil.  Perhaps more than any other genre, mysteries tend to be very character driven.  And, I become very attached to my characters. 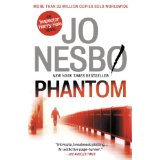 So, obviously Harry continues to fight another day and solve another mystery.  Nesbo has brought us Police, where Hole has to expose a serial killer threatening Oslo.  I just haven’t really recovered from the abrupt coldness of Phantom so haven’t yet picked it up.

Have you?  What did you think?