I found myself with a rare “free” hour the other day so promptly made a beeline to my local bookstore.  I browsed the new mystery section and selected a stack of books to read this month.  I hope to feature them more prominently (once I’ve read them), but thought I’d give you a preview in case you are making your must read lists for the fall. 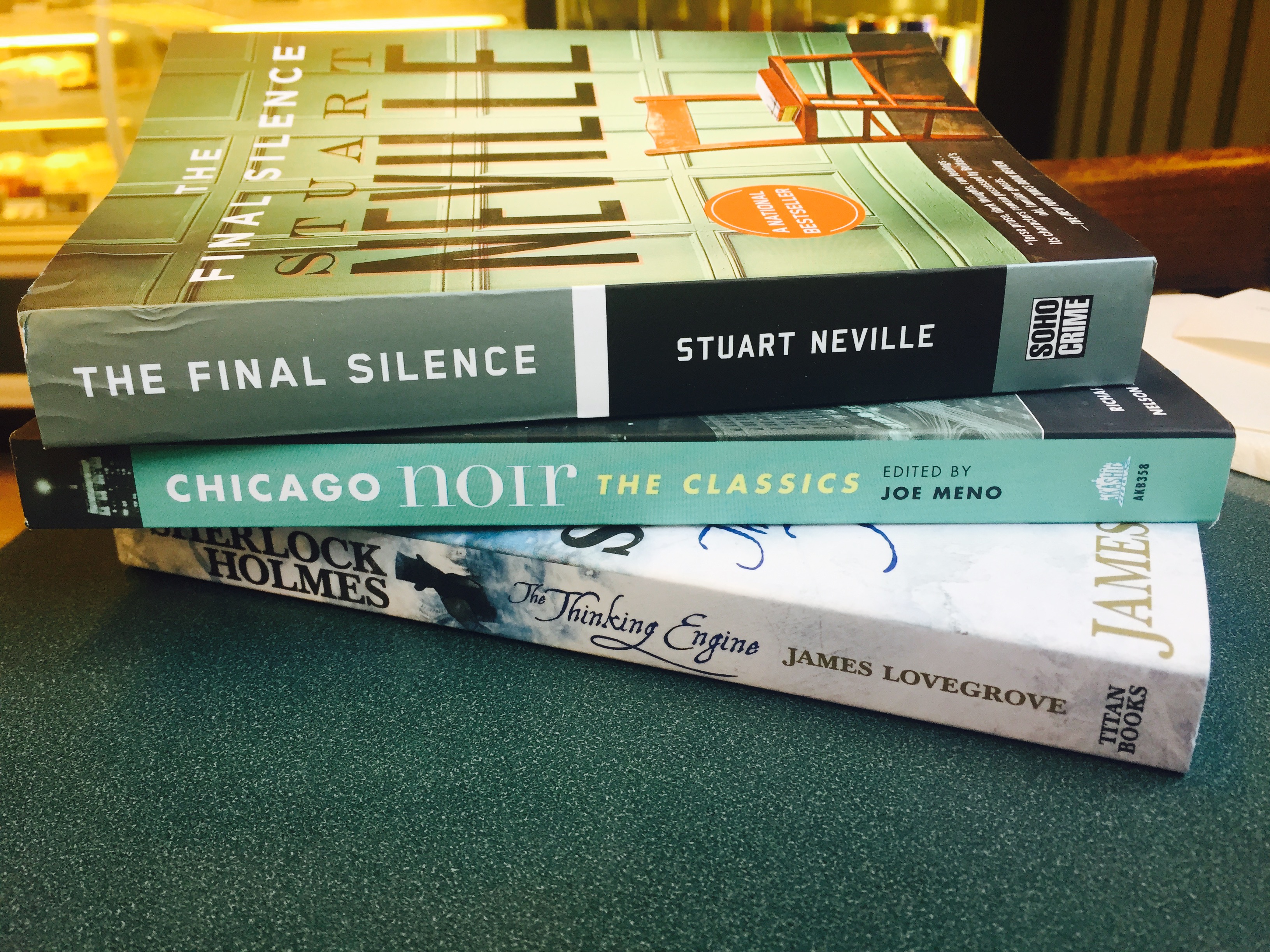 First up, The Final Silence by Stuart Neville.   I first came across the title as I trolled new/best mystery and crime sites, as well as The Guardian book pages.  It follows the story of a young woman, Rea Carlisle, who inherits a house from an uncle she barely knew.  Rea discovers a locked room that houses some very disturbing information and criminal “trophies” appearing to belong to her uncle.  She wants to go to the police with the information but her father (a very public figure) encourages her not to reveal the dark family secret.  So, Rea turns to a former lover and detective inspector to help her unravel the information.  Many reviews caution the story can be a bit cliche, but overall give it thumbs up for plot and suspense.  First line:

Raymond Drew wanted to die on the towpath.

Next, a collection of short stories, Chicago Noir, edited by Joe Meno.  Admittedly, I was drawn to this book by the title.  I live near Chicago, and have also lived in Chicago.  Chicago, is noir — “the language of shadows, of the world in-between.”  As Meno reminds the reader in the introduction, in what other city do former mayors/governors routinely go to jail, and do deceased residents not only vote, but vote twice?  That’s right — only in Chicago.  I have enjoyed other theme-based anthologies in the past, but haven’t yet read one of the “noir” books, so Chicago seems a great place to start.  As I flipped through the opening pages of the book, I was shocked to discover how many other cities have already been featured in the “noir” series — including Moscow, Dehli, Manilla and dozens of others.  More to come on this one . . .

Last but not least, The Thinking Engine by James Lovegrove.  This is one among a plethora of Sherlock Holmes revival novels and I’ll admit, the first line is what grabbed me:

‘Watson, old chap,’ said Sherlock Holmes as the mummy of a four-thousand-year-old pharaoh came shuffling towards us in the Archaic Room at the British Museum, ‘I am prepared to concede, in this one instance, that a belief in the resurrection of the dead may not be wholly unfounded.’

I may actually start with this one.  Mummies, Sherlock, museums — Oh my!  Whatever your fall stack may look like, I hope you enjoy the shorter, cooler days as you snuggle up with a good book.  Happy Reading!